Routes of Use
Ingestion, smoke (vape alcohol), via rectum or vagina

Prenatal Exposure
There is no known safe amount of alcohol use during pregnancy. Fetal alcohol spectrum disorders (FASDs) is an umbrella term describing the range of effects that can occur as a result of prenatal exposure to alcohol. Effects may include physical, mental, behavioral, and/or learning disabilities with possible lifelong implications and can range from mild to severe. Alcohol use can cause withdrawal symptoms in infants such as hyperactivity, irritability, tremors, seizures, and poor sleep - which can begin as early as 3-12 hours after delivery and may last weeks to months.

Breastfeeding
Breastmilk alcohol levels closely parallel blood alcohol levels, and can be highest in milk 30-60 minutes after an alcoholic beverage. 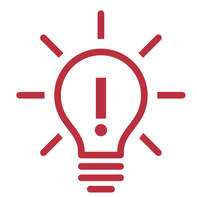 When caregivers are exhausted they can fall asleep easily and unexpectedly and may have more difficulty waking up. Alcohol intoxication increases these risks for any adult, not just a mom, who may be co-sleeping or laying on a couch or recliner with a baby. The best way to prevent overlay deaths is to provide families with necessary education on safe sleep, potential risks of intoxication while caregiving, and to support them in identifying alternative options.

Breathalyzer
Breathalyzers can be used to estimate blood alcohol during acute intoxication. There are several different alcohol breathalyzers available with various technologies to detect blood alcohol content, including the use of oxidation and infrared spectroscopy. It will take the concentration of alcohol in breath and convert it assuming a blood-breath alcohol ratio, anywhere from 2100-2400:1.

Ethanol Urine
Urine usually tests for ethanol parent and/or metabolites (Ethyl glucuronide and/or fatty acid ethyl esters (FAEE)). Urine ethanol metabolites can be positive for up to 2- 5 days, depending on the amount consumed, however urine ethanol is a poor marker of exposures and intoxication, especially in lower concentrations. If Urine Drug Screen is positive for ethanol in a child, obtaining an immediate BAL to confirm the exposure is recommended.

Blood (Serum) Ethanol
Blood Alcohol Level (BAL) is a good marker for toxicity for a naïve user, but with chronic alcohol use, an individual can be clinically sober and have much higher BAL concentrations. Therefore, concentrations can be difficult to correlate with intoxication depending on the tolerance of the user. Most people will metabolize blood alcohol down 20-30 mg/dl/hr. For example, if an individual begins at 200 mg/dl, then they will get down to 80 mg/dl in 4-6 hrs.

Meconium
Ethanol metabolites are often used to identify ethanol consumption. It is difficult to quantitate level of maternal consumption.

Hair
Ethanol metabolites can be tested in hair samples. Some values are available to determine chronic excessive alcohol intake, however it can be difficult to quantitate level of maternal consumption. Hair tests are not typically helpful in acute use settings.